We’re making some big changes in 2017. As part of the HaiCo family of companies, Westcoast Resorts is focused on providing legendary experiences that reflect Haida cultural values, improve the lives of Haida people, and contribute to the growth of Haida Gwaii.

For this reason, Westcoast Resorts will be closing The Lodge at Milbanke Sound after the 2016 season in order to consolidate all our operations to Haida Gwaii. Focusing on Haida Gwaii means we have lots of exciting things planned for 2017, and we can’t wait to share them with you. 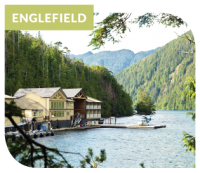 Extensive upgrades are coming to Englefield for the 2017 season, including a new lounge and digital fishboards. Its secluded location is known for an abundance of migrating salmon. In other words, paradise. Learn More. 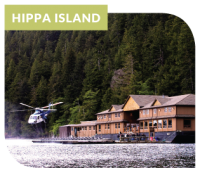 2017 at Hippa Island will feature new fully-guided packages and complimentary fish portioning. The best part? It’s only 1 minute from your plush bed to your fully equipped boat. Don’t miss out! Learn More.

We hope that you will join us on Haida Gwaii next summer… but don’t delay, the 2017 season is already 60% sold out!